Dries is back home! I think it still feels a little unreal to him. He remarked that the heat and humidity will take some getting used to. He left South Africa on Friday evening wearing all of his winter gear. Please pray for him as he will start on his longterm visa application next week. His passport and transformable visa was closely scrutinized on the airport on Nosy Be and the officials weren’t happy with what they saw on the computer. So much so that the supervisor was called. He was finally allowed in and we know that it is God who is in control and that He will make a way.

The school Rangers had their last meeting for this school year. At the end of every school year, a family is identified that experiences particular hardship. The Rangers then go and visit this family, minister to them and present them with rice and other basic supplies. Madame Zakia and her daughter Fatima really touched my heart. Fatima is paralysed and her mother is deaf. They live in a very tiny Malagasy house containing a mattress, some cooking utensils and not much more. Euphrasie sent me some pictures and although Malagasy children are used to seeing suffering around them all the time, she observed that the Rangers were all subdued and touched by the plight of these two women. May Zakia and Fatima be drawn to the Father by what they experienced through this act of kindness.

May you have a great week.

to be able to show a negative PCR test. And once again that was not the case with Dries. Therefore, he could not fly on Friday and will have to stay for another week. Well, in theory that is. Mind you, I think that nasty cold we had, was probably Covid. I wonder how much money had been spent on never ending tests and penalties for changing flight dates.

Flying is not fun anymore! The increase in forms to be filled, to be continually told; shoes off, belt off, laptops out, so called banned or sharp objects removed and on and on it goes. Dries and I flew from Cape Town to Johannesburg recently and we stopped counting after being told more than nine times to keep our masks on and not smoke. And then each time as an added insult, we were reminded that by doing any of those things, we shall be committing a criminal offense.

Ok, enough of that. It was very special to spend time with Dries’s family. We had a particularly blessed time with his daughter, Anlie in Middelburg. Their warm hospitality, wonderful meals and comforting wood stove fire, made us not notice the increasing effects of the South African winter.

I’ll have to get going to organise my flights and visa for Germany this week. It still feels mostly unreal that I will be able to go to Bundescamp and I am humbled to have such an opportunity. Dries spent the most of two days sewing a Malagasy flag, neck tie to match my Ranger uniform as well as making sure that I have some badges on my shirt.

Thank you for making our time in South Africa so special. God has provided for us in wonderful ways. We love and appreciate you. Please pray for the next PCR test on Wednesday. God is in control!

You know that you are overstaying your welcome in a place when the apartment block you live in, catches fire. On Friday at about 5 o’ clock, we heard people yelling down below in the street. This is nothing unusual for this neighbourhood and I put it down to the week-end excesses starting early. When more voices joined in, I thought that it called for a quick glimpse out the window and received quite a fright when we realised that people were urging the inhabitants to get out as the building was on fire. This warranted some action on our part and we grabbed a few things, passports being the most important and fled the apartment. 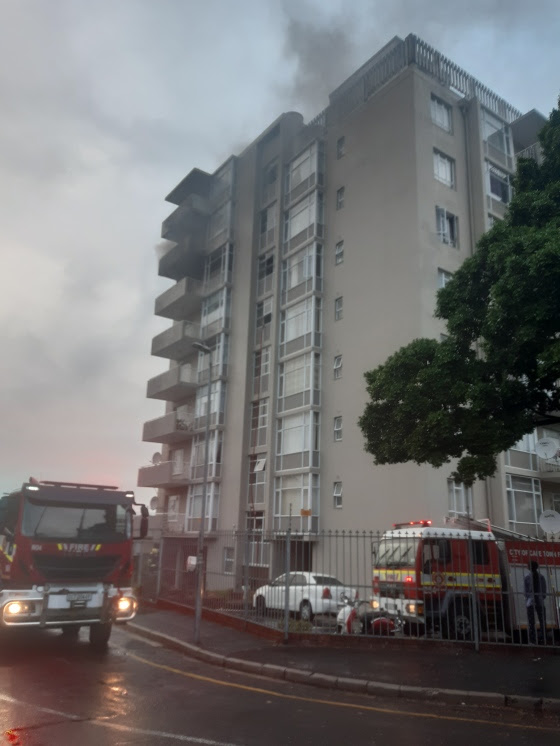 I greatly admire my sister who is a firefighter in Canada. Only realise now how brave you have to be.

It was raining when we joined the growing number of people in the street. Some with their pyjamas on, nervous cats tucked under jackets and some still thinking that it was a joke. Black smoke and angry flames billowed from an apartment on the other side of the building. Definitely not a little fire that could be doused by a little water. The fire department finally arrived and did their thing. After two hours outside, we were cleared to go back to our apartments, grateful that our friend’s flat was nowhere near the fire, but sad for those who lost everything.

Time to return to Madagascar!

We are able to fly directly with Air Ethiopia to Nosy Be now and our tickets are booked for 3 June. A nice birthday present for Dries. We will head up to Pretoria 22 May. Please pray with us for Dries’s visa appointment at the Madagascar embassy on 24 May.

It is that time of the year at school when the Grade 5’s prepare themselves for the CEPE exam which is the one that allows them entrance to secondary school. It might be the last CEPE exam for Joshua Generation School, but the first one for Lovako school in Russian Bay. Miky, Masilaza and Sara are the first children from their village to ever write this exam. Their teacher, Ledesy accompanied them from Russian Bay and they are attending and living in one of the classrooms at JoshGen school until the end of this school year. Masilaza was one of the first children to come to Lovako school and this is such an achievement for her as most of her family is illiterate. What makes all of this more special is that they give God the glory for the opportunity to go to school. 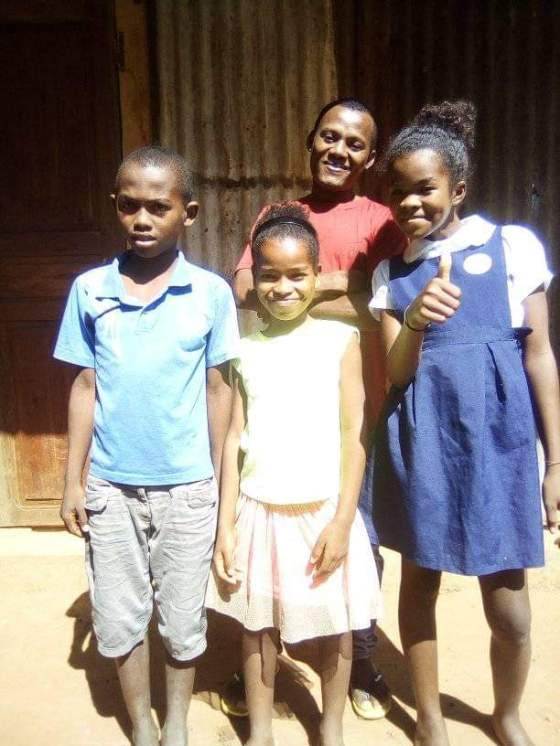 Thank you to all of you who partner with us. Your love and support change the lives of children.

Have a blessed week.

The news that we have been waiting for finally arrived this week and prompted us into action, because lots need to happen in a short time. Air Ethiopia will resume flights to Nosy Be from 14 May. We are waiting for the final confirmation of flight dates, but would like to fly out by the first week of June.

END_OF_DOCUMENT_TOKEN_TO_BE_REPLACED

For the first time since I arrived, things seem to move forward. Madagascar has finally conceded to allowing other airlines to fly after they had officially opened the boarders more than a month ago, but only allowed Air France entry. We prefer to go back with Air Ethiopia due to their generous baggage allowance. No dates for flights have been announced, but we are convinced that it will be within the next month. Dries also received his second police clearance certificate, so in theory, he is set to go.

There will have to be some careful planning as we still want to spend some time in Pretoria and Dries needs to get his ‘visa transformable’.

So until we have definite dates available, we are in the Cape. We leave for Suurbraak today. Dries has a project to build a chicken coup. We have quite a few projects under our belts now and I was told that I was upgraded from a clueless apprentice to one that shows promise. We had only one mishap so far when a ladder collapsed with Dries on the top of it. When it collapsed, it hit me on the legs, but apart from bruises, bumps and scratches, we were fine. I am beginning to understand why they say that ladders and old men don’t go together…..

Please pray with us that everything will come together; flights, visa and the timing of it all. My mom will go with us to Suurbraak and we look forward to spending time with her. Please pray for safe travelling. 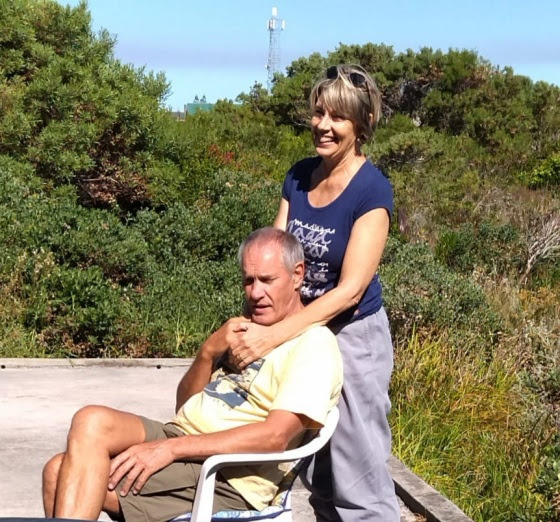 Have a good week!

I know that there has not been an update from our side for a while, so to dispel any ‘fake news’, let me share with you what is happening.

During the week, a date has been given for the re-opening of Madagascar’s borders. Starting from 5 March theoretically, flights from other countries apart from France should open up. No indication has been given when this will include Nosy Be, but we are hopeful that it will be by the end of March or April.

END_OF_DOCUMENT_TOKEN_TO_BE_REPLACED

I can hardly believe that I have been back in SA for more than a month. The Cape is beautiful, but I have to get used to the daily changes in the weather; from wind to a heat wave to rain and cold weather, all within a few days.

END_OF_DOCUMENT_TOKEN_TO_BE_REPLACED

Last blog of 2021, wishing you all a happy New Year. We are grateful for God’s grace and guidance this year and we pray that Dries and I will be able to return to Madagascar together. There is so much to be done.

END_OF_DOCUMENT_TOKEN_TO_BE_REPLACED

I left Nosy Be on Tuesday afternoon for Antananarivo. I managed to get everything done and everyone organized and prepared for my absence which might be more than a couple of months.

END_OF_DOCUMENT_TOKEN_TO_BE_REPLACED

I joked with the Saturday Rangers last week when we prayed for those who had birthdays during the week that I also have an anniversary of some sorts. Dries has been away from home for one whole year now. I still wonder how that is even possible and how Covid 19 was allowed to ruin people’s lives on so many levels. I refrain from dwelling on the fact that I don’t know how we can ever recover financially. Gabriel has not seen maintenance for a year now, not to even speak of the Land Rover. I try my best to do what I can, but my efforts in this regard are merely superficial. So when my quad bike broke down on the road three weeks ago, it was a case of the proverbial ‘the last straw to break the camel’s back’, scenario.

END_OF_DOCUMENT_TOKEN_TO_BE_REPLACED

I am sure that I am getting my idioms mixed up, ‘the wrong end of the stick’, so to speak. But I felt like that donkey which was offered a carrot and then had it taken away. Twice in fact.

END_OF_DOCUMENT_TOKEN_TO_BE_REPLACED

You might wonder why I have not posted anything in weeks. The last three weeks have been emotionally the worst for me since Dries has been away. The government announced that Madagascar’s boarders would be opening partially. Flights between Madagascar and its surrounding islands had opened up and Europe will follow this coming week. Unfortunately, South Africans are on the list of “undesired” travellers due to Covid. Flights are also only to and from Antananarivo and as yet, there are no transformable visas being issued. So to sum up, Dries is still stuck in SA.

END_OF_DOCUMENT_TOKEN_TO_BE_REPLACED

Norbert and Antonin have suggested a couple of times that they were prepared to go to Ampamata for a week to help out at school, especially since we have not been able to go there.  Euphrasie and I were also eager to be there for the start of the new school year and I was therefore so thankful when Liaan and Elizna agreed to take us to Ampamata on Monday.  It was also an opportunity to put their new boat, ‘Seeperdjie’  (Sea Horse), through its paces. The trip which normally takes us about four hours, lasted less than an hour.  Norbert remarked that he could get used to such an effortless means of transport.